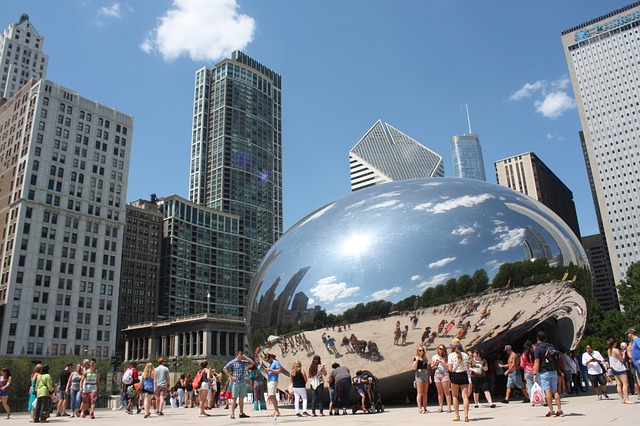 The United States is one of the most extensive and eclectic countries and places to visit in the world. The travel destinations are endless, ranging from natural wonders to glittering urban metropolises, each with its own diversity and beauty. As such, there are just so many possibilities when it comes to planning your trip.

As spring comes to a close, the summer and autumn seasons will make your visit spectacular depending on your interests. There will be numerous summertime festivals and vibrant events in the fall. Here is our comprehensive guide to the top places to visit in the US for 2022.

Remember that if you are a citizen of a Visa Waiver Country, you do not need a visitor visa to take a tourist trip to the United States. All you need to do is apply for an ESTA visa and receive your confirmation in around 24 hours.

The Big Apple can never not top every year’s list of top places to visit in the country. From Manhattan’s futuristic skyline to Brooklyn’s tranquil urban landscape, from Queen’s hidden cultural gems to the Bronx’s revitalization as an ethnic hub, New York City is a gift that keeps on giving to the world.

Visit the Met, Guggenheim, and National Gallery if you are looking for a culture-rich visit. Or head to Central Park for a calm walk into its crisscrossing paths. Don’t forget to check out the best eating spots in Brooklyn and Queens. But, most of all, why not look for iconic movie settings in the city? From Martin Scorsese to Woody Allen, from Gangs of New York to Breakfast at Tiffany’s, there are just so many spots where you can breathe history.

The Windy City, the capital of Illinois, is renowned for its architectural majesty and hospitality. Travel with the L line to take in the landscape over Lake Michigan. Head to the Chicago River for a jaw-dropping photoshoot with your friends or family.

Or perhaps you may be interested in the city’s celebrated live music scene? Picture a backroom jazz club offering top performances, traditional cuisine, and craft beer until the early hours. It’s no secret that Chicago is known as the Heart of America for many.

There’s nothing quite like the monumental feel of Yosemite in California. This National Park is a true sight for the eyes. If one had to look for the word “majestic” in the dictionary, a picture of Yosemite could very well suffice, making it one of most beautiful places to visit in the United States.

Even though famous for its granite cliffs and sequoia groves, the National Park’s incredible atmosphere comes from its biological diversity and wildlife, as well as its meadows and glaciers. Nature enthusiasts and climbers flock to the area all year round, and if you want to visit, you should be looking into reserving a spot.

Maine’s colors in the fall are otherworldly, an artistic, natural canvas of forests, mountains, lakes, and coastline that, combined with its low population density, makes the state one of the most peaceful and contemplative in the country.

Maine’s motto is “the way life should be.” We feel it’s well-deserved. But it’s not all back camping and exploration: its port towns and traditional urban arteries offer their share of traditional cuisine. Local brewery tours are a must if you are into craft beer.

Memphis’ downtown is retro-heaven: from its historic diners and bars, the most thrilling city in the American South is famous for being the music capital of North America. Beale Street is the go-to to soak up the vibe, and you should also look into paying a visit to the Stax Museum of American Soul Music.

But Memphis’ cultural attractions transcend music, as it was also the centerpoint of the Civil Rights movement and remains sought-after for its BBQ culture.

Encompassing over 15 miles of shore in Southern Lake Michigan, the Indiana Dunes National Park is a gem for those who are looking for natural wonders. The wondrous vistas and vast horizons blend with a sky lit with vibrant colors.  Wetlands, prairies, pine forests, and winding rivers surround the ancient dunes.

This paradise makes a rich habitat for birds and other wildlife. There are boardwalks and lighthouses along the shore that make the setting even more picturesque than you can ever imagine.

Menu
Disclaimer: ESTA-Schweiz.ch provides information about the Electronic System for Travel Authorization. This website is privately-owned and not affiliated with the U.S. Government.

We use cookies on our website to give you the most relevant experience by remembering your preferences and repeat visits. By clicking “Accept All”, you consent to the use of ALL the cookies. However, you may visit "Cookie Settings" to provide a controlled consent.
More infoAccept All
Manage consent

We use cookies on our website to give you the most relevant experience by remembering your preferences and repeat visits. By clicking “Accept All”, you consent to the use of ALL the cookies. However, you may visit “More info” to provide a controlled consent.

We advise users to examine this policy on a frequent basis because it may be updated as a result of new regulations or business reasons.

Why do we utilize cookies, and what are they?

“Cookies” are file formats that are used for a variety of reasons, including adjusting the Website’s layout to your device, gathering statistical data, enhancing your user experience, and so on.

You consent to the establishment of cookies by entering and exploring this Website and purchasing the services offered.

Please be aware that if you modify your browser’s settings by deactivating the limits imposed on the storage of cookies, we will infer you give us your permission.

Furthermore, your consent will not be necessary if the placement of cookies is essential to provide a service on our Website that you have specifically requested.

We are not responsible for the content or validity of the third-party Policies mentioned above.

The following cookie types may be installed in your browser by us:

What rights does the user have when it comes to blocking or refusing cookies?

You can revoke your permission to the placement of cookies by this Website at any time by changing the settings on your device’s browser.

For the most common internet browsers, here are links to instructions on how to handle or erase cookies:

You may also set your computer browser to automatically allow or reject all types of cookies. You can also set your browser to inform you whenever a cookie is received, allowing you to choose whether or not to accept it.