The Ultimate Guide to the American Craft Beer Road Trip 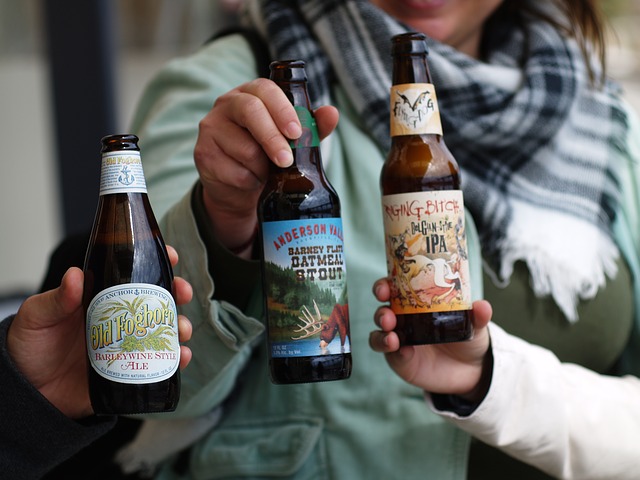 The craft beer sector swept the United States in the early 2000s. Years later, there are over 7,000 breweries active across the country, each producing distinct and vastly varied versions of their own beers. The classic American Pale Ale, rich stouts and porters, and everything in between are all available. Since then American Craft Beer road trips have become a go to for a lot of tourists.

Cities such as San Francisco, Seattle, Portland, Detroit, and St. Louis have all contributed to the American craft brewing movement. With a rich beer culture and world-renowned breweries in every state, the only way to get a genuine taste of the country’s alcoholic offerings is to tour them the classic American manner—via a craft brewery road trip. With that in mind, here’s how to arrange your beer-themed excursion.

If you are a Swiss lover of craft beers, remember you do not have to apply for a tourist visa. You can plan your trip to the US without the hassle by applying for an ESTA visa waiver.

Tailor the Trip to your Taste

With new breweries opening every month, it’s impossible to sample all of the country’s best. As a result, you’ll need to personalize your craft brewery road trip to your preferences.

When it comes to beer, everyone’s tastes differ. While a grapefruit IPA may be the gold standard for one fan, it may be unlikely to satisfy you. Craft beers have distinct flavors that are not one-size-fits-all. In the same vein, your perfect brewery road trip itinerary should be suited to your preferences.

Those who enjoy IPAs will have the best luck in the western side of the country. Washington, for example, is one of the nation’s top hop producers, making it a hotbed for the original American IPA. The Bay Area’s craft beers will most likely cater to people who enjoy a little of hops in their brews, however California’s thriving brewery culture is sure to have something for everyone.

Pin Down the Best Breweries

Once you’ve decided on a region, it’s time to focus on the greatest breweries in that area. There are plenty of review and rating sites that will help you find an area’s best breweries, thanks to the internet and developing social networks centered on the love of craft beer.

TripAdvisor, Google, Facebook, and Yelp will all present a variety of reviews based on various criteria. RateBeer, the community brewery review site for craft beer fans, has more concentrated and specialized ratings that speak directly to an establishment’s beverage quality and brewery characteristics. RateBeer’s annual Top 100 Brewers in the World List, for example, is a fantastic tool for assisting beer fans in selecting and locating an area’s top places.

While you’ll probably want to spend the majority of your beer road trip visiting well-known and well-reviewed breweries you know will blow your socks off, don’t be afraid to branch out and try something new.

The brewery scene is still relatively new in many places around the United States, and many young and great establishments are just getting started. Getting out of your comfort zone and trying something new and less-reviewed could be your chance to discover the hidden beauties of a fantastic new brewery.

It’s essential to finalize your road trip plans after deciding on an area and locating your target establishments. The first point to consider is transportation. Given that beer and driving don’t usually mix well, you’ll want to arrange your itinerary carefully in terms of driving time and brew-tasting time.

Unless you possess a car, you’ll need to arrange for a rental. Fortunately, many American car rental businesses offer multi-city rentals, which allow clients to pick up a vehicle in one area and quickly return it in another, removing the need to double-back or lose time.

International travelers should also be aware that, while the legal drinking age in the United States is 21, many car rental businesses refuse to hire vehicles to anybody under the age of 25. If you’re between the ages of 21 and 24 and plan on hiring a vehicle for your vacation, phone auto rental businesses ahead of time to ensure you meet all rental conditions.

Menu
Disclaimer: ESTA-Schweiz.ch provides information about the Electronic System for Travel Authorization. This website is privately-owned and not affiliated with the U.S. Government.

We use cookies on our website to give you the most relevant experience by remembering your preferences and repeat visits. By clicking “Accept All”, you consent to the use of ALL the cookies. However, you may visit "Cookie Settings" to provide a controlled consent.
More infoAccept All
Manage consent

We use cookies on our website to give you the most relevant experience by remembering your preferences and repeat visits. By clicking “Accept All”, you consent to the use of ALL the cookies. However, you may visit “More info” to provide a controlled consent.

We advise users to examine this policy on a frequent basis because it may be updated as a result of new regulations or business reasons.

Why do we utilize cookies, and what are they?

“Cookies” are file formats that are used for a variety of reasons, including adjusting the Website’s layout to your device, gathering statistical data, enhancing your user experience, and so on.

You consent to the establishment of cookies by entering and exploring this Website and purchasing the services offered.

Please be aware that if you modify your browser’s settings by deactivating the limits imposed on the storage of cookies, we will infer you give us your permission.

Furthermore, your consent will not be necessary if the placement of cookies is essential to provide a service on our Website that you have specifically requested.

We are not responsible for the content or validity of the third-party Policies mentioned above.

The following cookie types may be installed in your browser by us:

What rights does the user have when it comes to blocking or refusing cookies?

You can revoke your permission to the placement of cookies by this Website at any time by changing the settings on your device’s browser.

For the most common internet browsers, here are links to instructions on how to handle or erase cookies:

You may also set your computer browser to automatically allow or reject all types of cookies. You can also set your browser to inform you whenever a cookie is received, allowing you to choose whether or not to accept it.